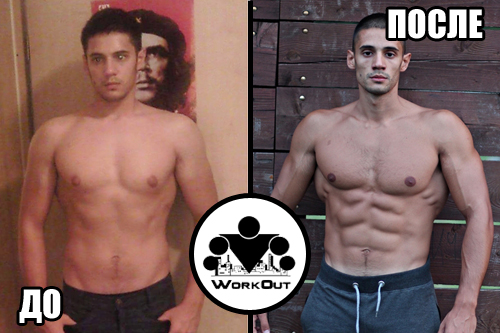 Our guest today is Milutin Nikolic from Vasotince, Serbia. And his story is a living proof that you can build an aesthetics and strong body without any supplements even when you start in your mid 20's!

All you need is bodyweight training and desire to push it to your limits!

Hi, Milutin! Tell our readers a little bit about yourself. Where are you from, are you working or studying, what are your hobbies, how old are you and so on.

My name is Milutin and I am 26 years old. I was born in Vlasotince, which is a small town in Serbia. I study economy in Belgrade, which is where I began training calisthenics in 2012. I am the initiator and the one who actualized the project of building a street workout park in my hometown. This summer I will be one of the organizers of international contest in street workout, which will take place in Valjevo, from 23th to 25th July, where I was participating as a judge last year. I am planning to participate in the first street workout competition to be organized in Macedonia, which will take place on the 19th of June, and in the Calisthenics Cup as well in Holland at the end of the year.

Can you tell more about street workout park you've build (or you are building right now)?

I didn’t like the fact that we did not have the adequate park for training, so I took the initiative to change this with my friends last year. Shortly after that, we built a street workout park project, with a full support of our town and Foundation Ana and Vlade Divac. The first part of building this park was finalized at the end of the previous year, which is when we included the equipment for pull ups, dips and push-ups, and the project will be continued in August this year. With new equipment our park will be adequate for organizing a street workout contest in repetitions and freestyle. What we have done is a proof that with little effort things can really change in a positive way. 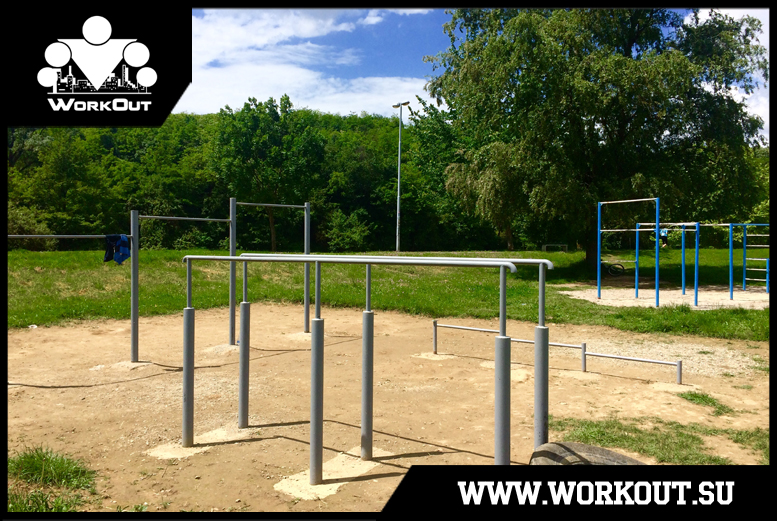 How did you get started working out? How you got familiar with it? Why you started?

I began training from time to time when I was at high school (10 years ago), and since then I have never stopped training. I a first couple of training years spent at the gym, and that was a couple of months a year, and the rest of the year I spent training at home. During that period my body weight was much bigger, and I was far from looking like an athlete, and my trainings were not regular as well.

Following my friend’s advice, I began training calisthenics/street workout in 2012. The beginning was more difficult from that at the gym and it took me some time to get used to a new type of training. Firstly, I was motivated by the videos of famous calisthenics athletes, such as <url="http://workout.su/video/show_video/4159">Frank Medrano</url>, <url="http://workout.su/video/show_video/5424">Lazar Novovic and Dusan Djolevic</url>. What I liked about this is the fact that the trainings were more dynamic and interesting when compared to classic training at the gym, so I took to it very quickly. After some time I decided to dedicate myself seriously to this training, and I had a physical preparedness and athletic look as a primary goal. I made a good training plan, changed my diet radically, and began training regularly and intensively as I had never done before. The results were such that they made me try even harder and calisthenics has become my lifestyle. In the summer of 2014 I was in a great shape, and I even progressed more the year after that. My best possible shape is still about to happen. 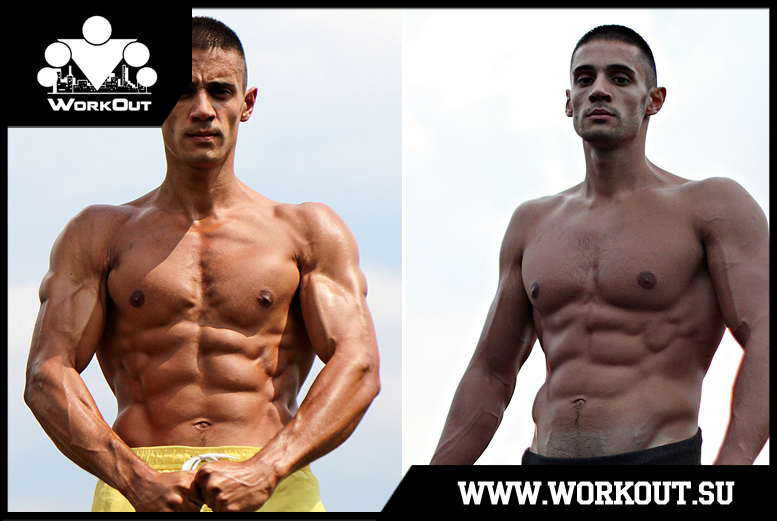 How your regular workout looks like? Can you write down your detailed training plan?

Throughout the year I train 4 or 5 times a week according to a strictly specified plan. I change my training plan often, but the point of the plan remains the same. My current training plan is based on 5 trainings a week, and that looks like this:

Do you have your most and least favourite exercises?

Do you keep training outdoors in winter too?

Yes, I train outdoors even during winter, but when the weather is really bad I train at home at my favorite bar.

How long did it take you to transform your body? Is it all calisthenics or you've trained with weights? Have you tried supplements (BCAA etc.)?

It took me a lot of time, that is a gradual and incessant process. Yes, I did transform my body thanks to calisthenics and weighted calisthenics exclusively. I train with weights just on the day when I train legs. I do not use any supplements, and I have never used it. 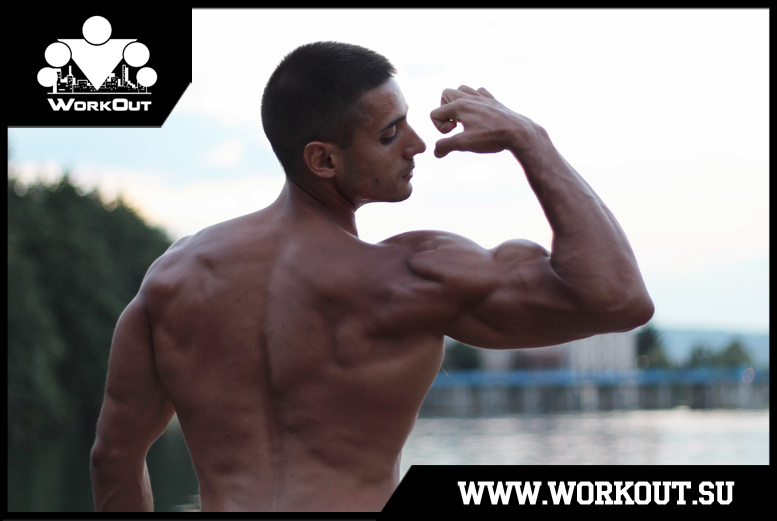 Some people say that it is impossible to train often and get results without supplements, so they start buying different stuff advertised on the net. What do you think about that?

Yes, I often meet people who think in that way, and some of them have never even tried training, which doesn’t stop them from jumping at conclusions. People sometimes buy various supplements in hope of achieving better results without even necessity for this. I am honestly not opposed to this and I think that it is a matter of personal choice. But, I wouldn’t recommend this.

When it comes to a recreational training and a training that has a positive effect on your health, there is nothing more important than a healthy and balanced diet since that is the basis of everything and it cannot be substituted with anything else. That is my personal opinion based on my experience but I know that not all people are of the same opinion, and that many of us have different goals. For instance, my goal is different from the goal of someone who is into bodybuilding. When it comes to calisthenics, street workout and body weight training, supplements are not necessary.

How many people in Serbia are involved in Street Workout movement? How the things changed in the last 2-3 years?

I don’t have that information, but what I know is that a great number of Serbian people are included in street workout and this number is increasing every day. Things have changed radically, which means that a few years ago street workout parks were just a privilege of big cities, and now almost every town has an adequate park for training, which led to a greater number of people willing to training outdoors, or to do calisthenics. What we who are included in this movemenet expect is that street workout becomes an officially recognized sport in Serbia.

I must say that I used to watch this before much more than now, but I know that Russian and Ukranian SW scene are really strong.

What advices would you give to people, who are just starting or even just thinking about starting?

Don’t just think about starting with this, start right now! Choose calisthenics because it is an incredibly good lifestyle. Take enough time because nothing can be achieved in one night. Find something that will motivate you in the beginning, train regularly and intensively, eat as more healthy food as it is possible, and the results will be visible soon. 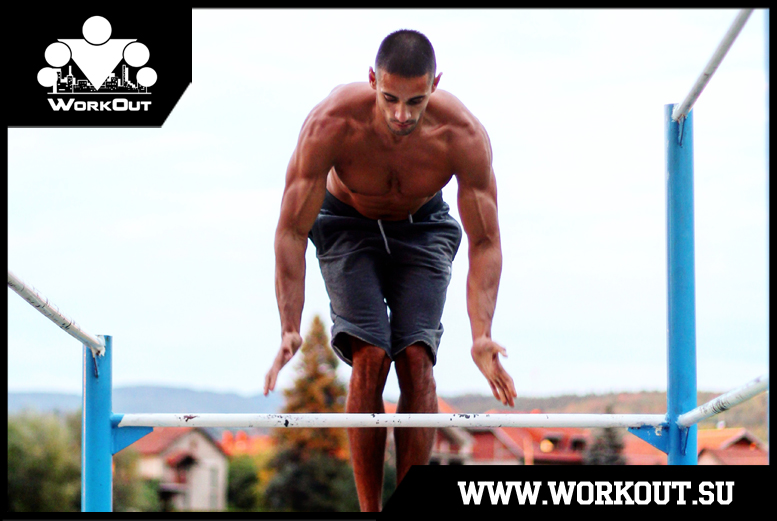 Thank you for this interview and good luck in your training!